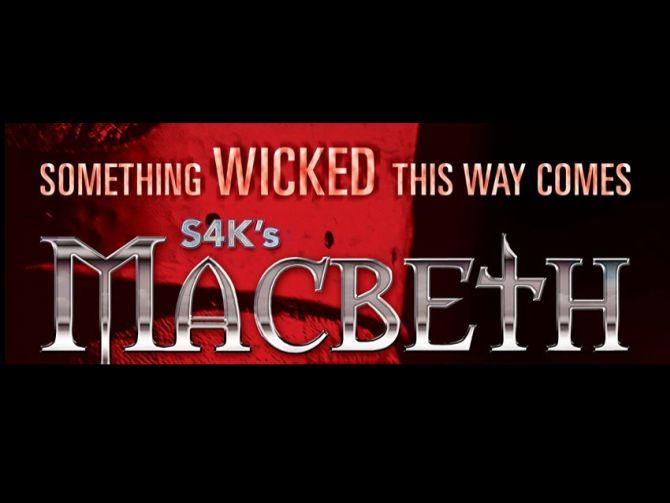 Shakespeare for kids comes to Dubai with a brilliantly adapted Macbeth for the whole family to enjoy.

Shakespeare 4 Kidz return to DUCTAC with their thrilling musical version of the Bard’s Macbeth. S4K’s Macbeth tells the story of how a brave, Scottish warrior learns from three strange witches that his destiny is to become King of Scotland. Spurred on by his ruthlessly ambitious wife, he murders the king and stops at nothing to retain the crown. S4K’s trademark style of drama, framed with comedy, music and songs, interwoven with Shakespeare’s original words and easy-to-understand modern language creates a unique re-telling of the story that is understandable by everyone.

Battles, sword fights, witches, riddles, ghosts and murder, S4K’s Macbeth is a musical thriller guaranteed to keep young and old on the edge of their seats.

Noel Andrew Harron returns to the Shakespeare 4 Kidz Theatre Company as Macbeth in the 2014 production of S4K’s Macbeth.

He has become a regular face at S4K and a favourite with our audiences since making his debut in the 2007 production of S4K’s A Midsummer Night’s Dream. In that production he played Flute – with a particularly memorable “hair-raising” finale.

Since then he has appeared as Rosencrantz in S4K’s Hamlet; Mercutio (twice) in S4K’s Romeo & Juliet; Puck in S4K’s A Midsummer Night’s Dreamand doubled as The Porter and Hecate in the 2009/10 production of S4K’s Macbeth.
He hails from Lisburn in Northern Ireland and is a graduate from the Liverpool Insitute for Performing Arts (LIPA).

Atlantis the palm | Places to Visit in Dubai