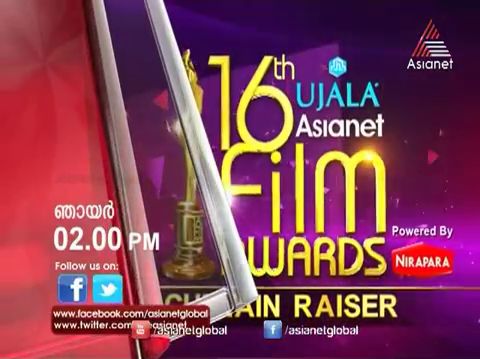 The Ujala Asianet Film Awards, now on to its 16th year, is presented annually by Asianet TV to honour the artistic and technical excellence in Malayalam Film industry. Asianet Film Award Gala Show is a larger than life spectacle, an extravaganza with a slew of performances by the biggest names in cinema, all under one roof.

Audience: By invitation only