Queen Elizabeth 2 ship is now a floating hotel in Dubai 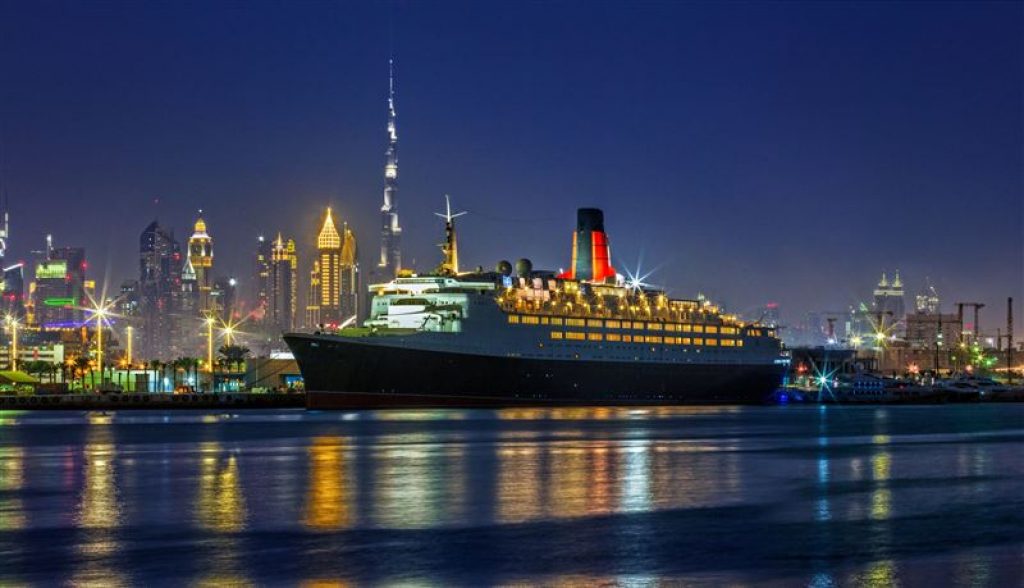 It’s been another long trip for the ship known as the QE2 to even open to the public, as Dubai’s financial meltdown and years of slow growth nearly sank the project and left the ship languishing at the port. After initially planning to gut the vessel, Dubai’s government ultimately decided to restore the ship at a cost of over $100 million, down to replicating its 1960s carpeting, with work still underway.

What is the opening date of ‘Queen Elizabeth 2’ Floating Hotel in Dubai, UAE?

The soft opening will take place on 18th April 2018

The grand launch of the QE2 will take place in October 2018.

Where is the location of  Queen Elizabeth 2 Floating Hotel in Dubai, UAE?

What is the ticket price for hotel rooms at Queen Elizabeth 2 Floating Hotel in Dubai?

Prices will range from $150 a night in the simplest berthing to $15,000 a night for Queen Elizabeth and Queen Mary suites. 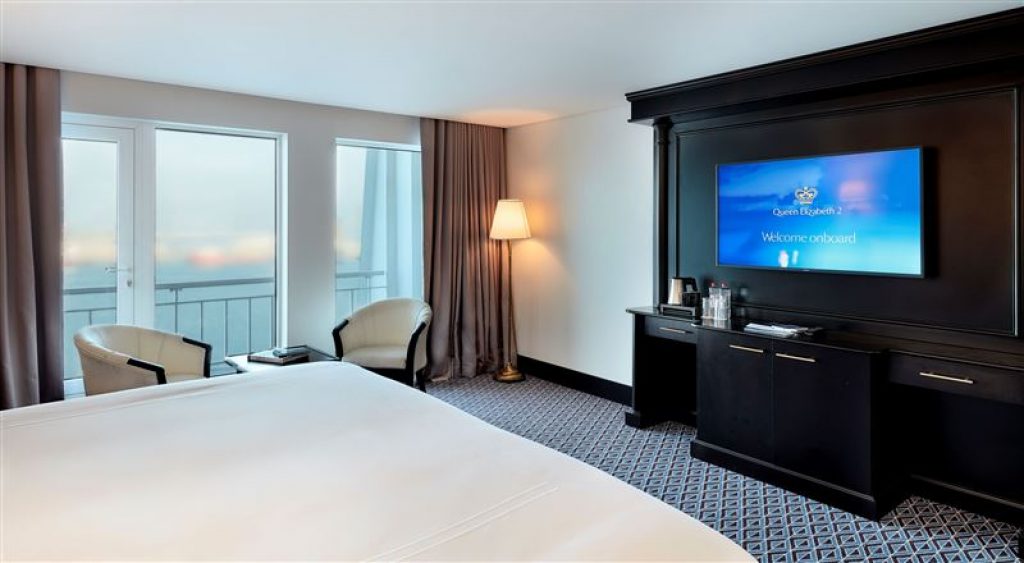 Which restaurants will open after soft launch of ‘Queen Elizabeth 2’ Floating Hotel in Dubai, UAE?

During the soft launch of the QE2, Passengers can experience some of the ship’s original restaurants including 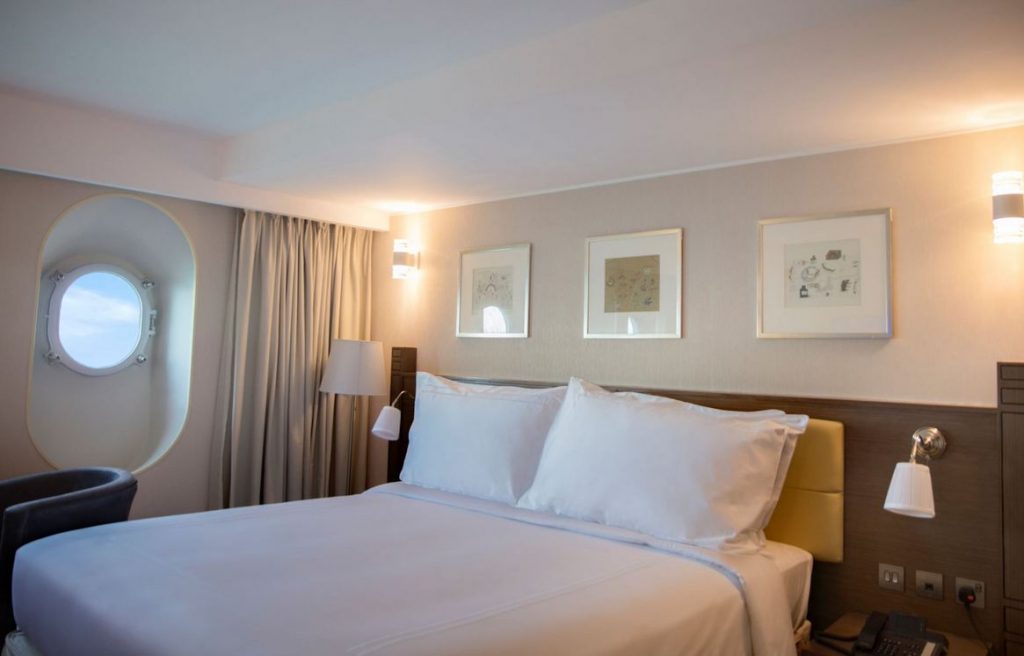 What are the other features of Queen Elizabeth 2 Floating Hotel in Dubai, UAE?