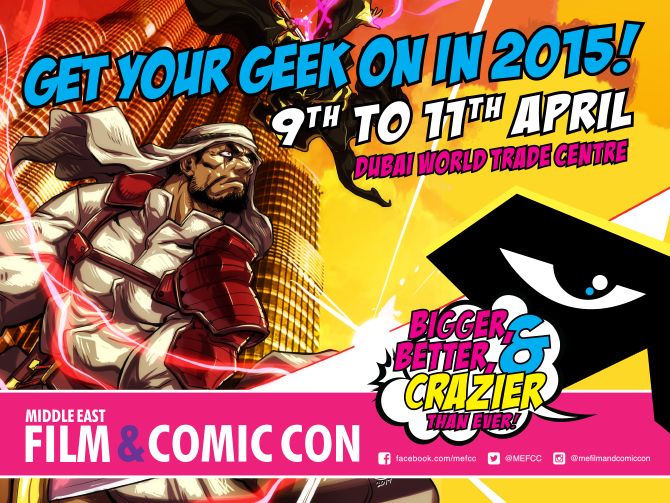 Launched as consistent outlet for the many thousands of fans in the region and to support both the media, licensing and entertainment industry as well as encouraging a new generation of artists, writers, directors and entrepreneurs within the entertainment & artistic field.

The concept of the Comic Con (or Comics Convention) started in the late sixties to early seventies and has become a worldwide phenomenon much like the content in originally contained. Just as spaceships, aliens and superheroes have become a part of mainstream entertainment and pop culture there are now similar events in almost every major city around world attracting hundreds of thousands of fans every year!

The event is not only an opportunity to fans to meet celebrities & artists, watch exclusive previews, purchase limited edition merchandise or take part in exciting competitions – it’s also a chance to connect and make friends with the thousands of other fans from across the region.