The Korean Film Festival 2017 UAE will show some Korean movies screened at Vox Cinemas at Yas Mall in Abu Dhabi and Vox Cinemas at Mall of the Emirates in Dubai from 5th April until 15th April.

Korean Cultural Center & Korean Consulate in Dubai host its first Korean Film Festival in the UAE. Every films has English subtitles only. 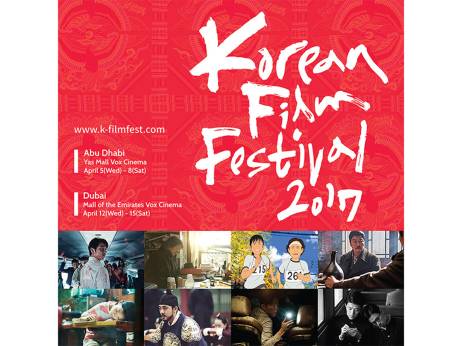 What is the event date of Korean Film Festival 2017 UAE?

What are the venues of Korean Film Festival 2017 UAE?

What is the ticket price for Korean Film Festival 2017 UAE?

What are the movies shown in Korean Film Festival 2017 UAE?

The Age of Shadows

The World of Us

Dongju: The Portrait of a Poet