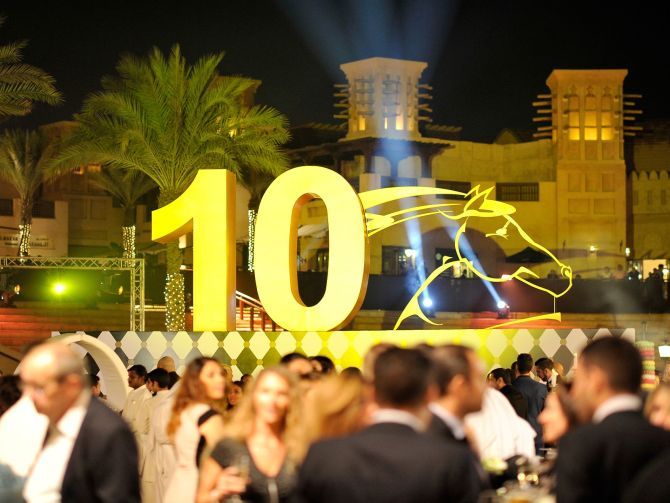 Dubai International Film Festival 2014 – DIFF has established itself as a major international festival, while continuing to serve as a premier showcase event for Arab cinema, and contributing to the development and growth of the regional industry.

Launched in 2006, the festival’s prestigious Muhr competition has emerged as a definitive platform for Arab film, nurturing and rewarding filmmaking excellence in the Arab world. The competition recognises outstanding talent from the region, presenting prize money to Muhr Award winners and also raising the profile of regional works on the world stage.

The Dubai Film Market (DFM) is the business hub of the Festival and the only platform in the Middle East dedicated to the development, production and distribution of Arab film. The DFM runs concurrently with the Festival and is at the heart of the Festival’s industry activities. The Market is attended annually by over 1,700 delegates from more than 90 countries.

The festival has left an indelible impression on its guests, industry professionals and film fans, through its events, workshops, seminars and principal mandate of celebrating excellence in cinema and using it as a medium to promote open dialogue between cultures and nations

Dubai International Film Festival 2014  is one of the most prestigious and glamorous events on the Dubai events calendar. It is a celebration of Arab and international cinema and filmmakers attracting film buffs from around the world to Dubai from Hollywood, Bollywood and beyond, DIFF’s 2013 10thanniversary edition showcased 174 films from 57 countries, including 70 World Premieres, and over 100 films from the Arab world. The event regularly plays host to the who’s who of regional and international cinema.