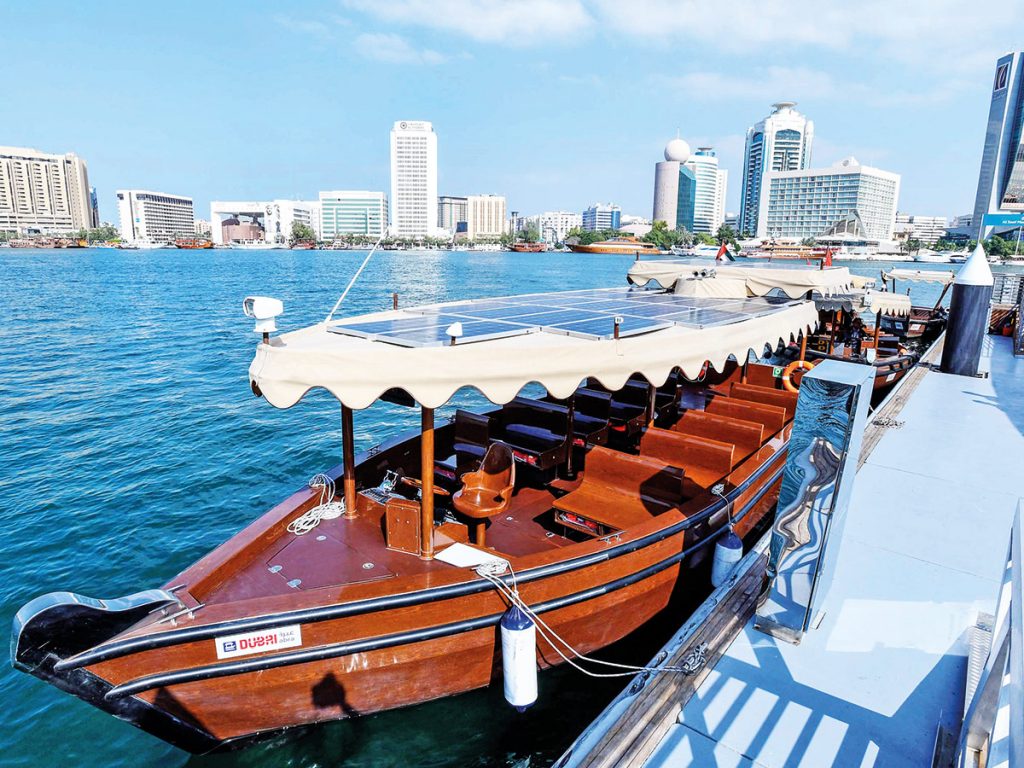 HE Mattar Al Tayer, Director-General and Chairman of the Board of Executive Directors of the Roads and Transport Authority (RTA), has launched the test run of Dubai’s first hybrid 20-seater abra; preserving the authentic design and features of the traditional abra. This step marks the addition of the first hybrid marine transit means to RTA’s marine transport fleet.

This new environmental-friendly abras carries up to 20 passengers, with an AED2 fare for travelling between two stations. These will be operated on a trial basis on Al Seef- Al Ghubaiba line, linking four stations: Al Seef, Baniyas, Dubai Old Souq and Al Ghubaiba. It features solar energy panels along with a standby generator to recharge batteries when the abra is running low on power.

What will be the Future of marine transport?

Al Tayer said new lines will be opened on the Dubai Creek, Jumeirah beach, new islands and the Dubai Water Canal. He also referred to a plan to launch a Ferry service between Dubai and Sharjah.

“The number of marine transport modes and stations is expected to receive a big boost with the completion of property developments along the two banks of the Dubai Water Canal. It will make marine transport the ideal choice for the movement of citizens, residents and tourists, offering them enjoyable rides with the backdrop of an impressive skyline along the Dubai Creek and the water canal.