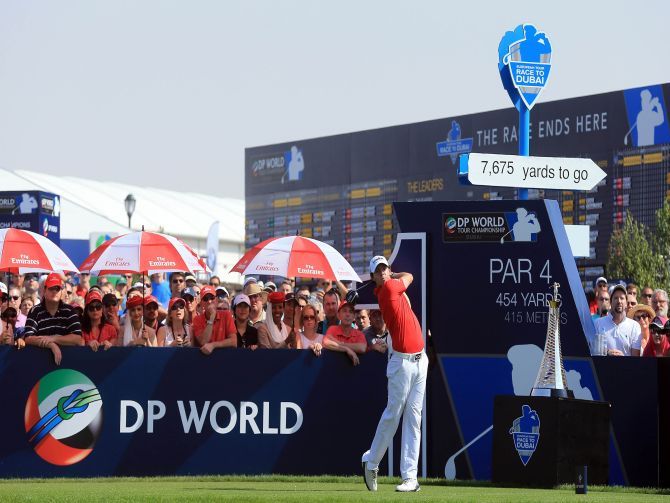 The DP World Tour Championship is the final event of the season-long Race to Dubai where The European Tour’s top 60 golfers will battle it out on the Earth course at Jumeirah Golf Estates, over 4-days for a share of the combined $11.75 million prize-money and The Race to Dubai crown.

Featuring a Championship Village, live music, a dedicated Kids Zone, Trick Shot shows and a host of  food and beverage outlets, there’s plenty for all the family to enjoy both on and off the fairways.

Rory McIlroy capped a remarkable 2012 season with victory at the DP World Tour Championship to lift both the event and Race to Dubai trophies, after a dramatic final day of the tournament.

The World Number One not only held off World Number Two and playing partner Luke Donald, but also Justin Rose – whose Earth Course record 62 had threatened to spoil the Northern Irishman’s lap of honour, after a year in which he won The Race to Dubai and the US PGA Tour money list and secured his second Major title at the US PGA Championship.

With the introduction of the new ‘Final Series’, the stage is set for another thrilling climax to the Race to Dubai.

Click here to view our hospitality packages or email Hospitality@DPWTC.com for more information