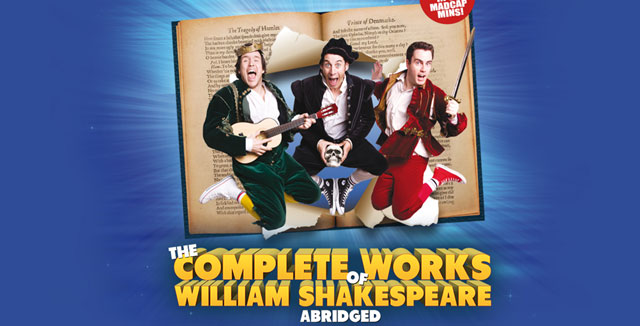 By popular demand the fantastic comedy returns to Dubai for a strictly limited season. The Complete Works of William Shakespeare (Abridged) is an irreverent fast-paced romp through Shakespeare’s plays, which has played to millions around the world and was nominated for the Timeout Dubai Nightlife Award for best production. The world’s greatest bard-busters bring madness and mayhem in bucketfuls with them. Now revised for 2016 with extra Shakespeary bits and all new (still rubbish) gags!

Get ready for a fast, furious and frenetic 97 minutes featuring every one of Shakespeare’s 37 plays like you’ve never seen them before. Including Othello as a Rap song, Titus Andronicus presented as a cooking show and The Histories turned into an American football game – it’s Shakespeare that would make the great man turn in his grave – with a grin on his face!

London’s longest running comedy comes to Dubai for a strictly limited season of performances. Starring the brilliant Andrew Hodges, Gary Fannin & Peter Brooke, Shakespeare has never been so accessible before. Sit through Hamlet for four hours? No need – catch it performed backwards in half a minute!

This hilarious show runs at the Centrepoint Theatre, DUCTAC, Mall of the Emirates, Dubai from 22nd to the 27th to 26th November 2016. It is presented by arrangement with Josef Weinberger Ltd.

What The Press Has Said About The Complete Works Of William Shakespeare (Abridged):

‘Hilariously condensing the entire works of Britain’s greatest writer into an hour and a half, this breakneck, clever show never fails to engage’ TIMEOUT DUBAI

The Complete Works of William Shakespeare Abridged is in partnership with 7 Days (Official newspaper) and Expatwoman (Official online partner), By arrangement with Josef Weinberger Limited, London

Booking Details of The Complete Works Of William Shakespeare Abridged:

Tickets can be booked online via www.completeshakespeare.co.uk  (please note that the online booking system does not work on mobile devices – only computers) or in person at the theatre box office at DUCTAC, Mall of the Emirates, Dubai.

Ticket Prices of The Complete Works Of William Shakespeare Abridged:

All Press Enquiries to:

About The Producers – Popular Productions 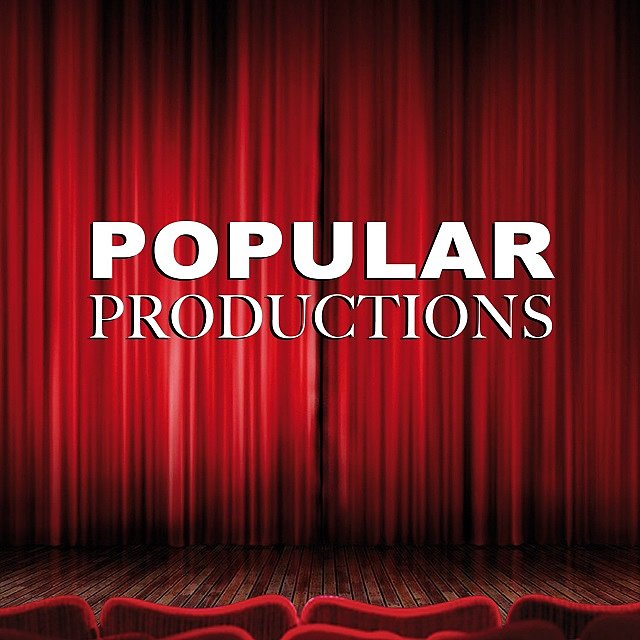 Earlier this year the company produced ‘The Sound of Music’ at the Madinat Theatre. In 2015 the company produced ‘The Woman in Black’ and ‘Annie’ at the Madinat Theatre, Dubai to great success. Before this they presented ‘The Sound of Music’ at the Qatar National Convention Centre Doha. This followed hit productions of ‘The Wizard of Oz’ and  ‘Joseph and the Amazing Technicolor Dreamcoat’ both in Dubai at the Madinat Theatre. Preceding this was a Middle East tour of ‘The Woman in Black’ at the ‘First Group Theatre’ in Dubai and the ‘Al Jaheli Theatre’ in Abu Dhabi.