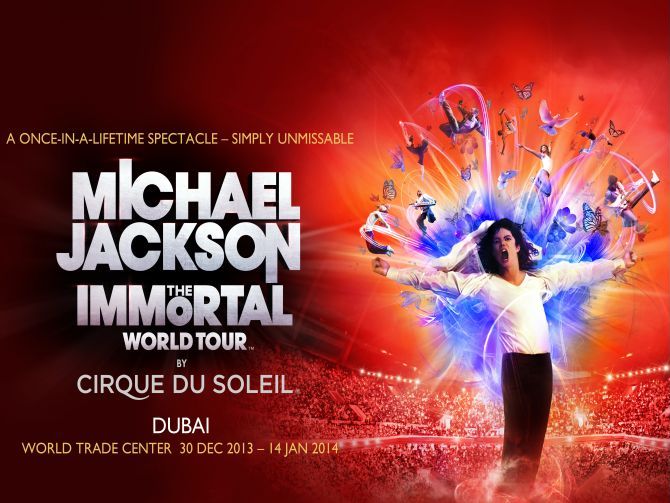 Michael Jackson – The Immortal World Tour is already being hailed as one of America’s most successful shows ever and this fantastic and unforgettable experience is coming to Dubai to usher in the New Year 2014. This show is written and directed by Jamie King, dancing instructor to the stars and dance prodigy who worked with Michael Jackson and Prince.

The event will blend the signature style and undying charisma of MJ with the inimitable grace and showmanship of the Cirque du Soleil troupe to create a show of amazement and wonder. Having started in October, 2011 it has been viewed and praised by millions of people over the world and now as part of their Asian tour, the show will be heading towards Dubai and is already considered one of the largest arena touring shows in the world.

The show will coincide with the beginning of the Dubai Shopping Festival.

Tickets are available on Ticketmaster: