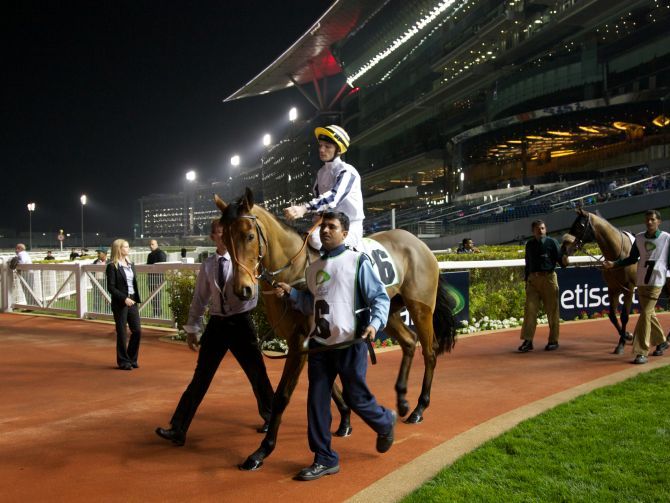 Meydan Racecourse will be offering an exciting array of races starting from November 7, 2013 with Racing at Meydan followed by the prestigious Dubai World Cup Carnival on January 9, 2014.

The 2013 / 2014 race season will end with the “world’s richest day in racing” with total prize money of US$27,250 million with a showcase of nine races. The Dubai World Cup race day features three of the most valuable contests in the world of racing: the US$5 million Dubai Sheema Classic, presented by Longines, the US$5 million Dubai Duty Free, sponsored by Dubai Duty Free and the famed US$10 million Dubai World Cup sponsored by Emirates Airline.

Emirates Airline-sponsored Super Saturday on March 8, which is held three weeks before the Dubai World Cup day is one of a kind race meeting in its own right. It is traditionally regarded as the dress rehearsal for the Dubai World Cup.

Meydan Grandstand and Racecourse will amaze its audience from the start till the finish line making everyone’s night at the races an extraordinary memory. Visit website to view the dining and hospitality packages on offer.

El Moulid - An art exhibition as part of the Quoz Happens event.